As I’m writing this, I’m actually in China which is my parent’s home country. (Would you want to see a recap on that later?) I’ve been sitting on this post for a while, but have decided to for once and for all actually write it. 😛 I am a 2nd-Gen immigrant, though I’m not really bilingual but my parents are.

Accurate rep in literature is something that we all need. However, a lot of the time it’s just rep minus the accurate part. Now, first off, I would like to say that I am by no means an expert in writing good rep. But I, personally, find it helpful when people post things that help with rep. This is especially true when they are part of that group themselves.

So, this is just a disclaimer that I am no professional in writing or in doing good rep. Since that’s cleared up, let’s move onto the post!

First off, what even is a 2nd-Gen Immigrant? Well, let’s take a random character – we’ll call her Juliet – and say that her parents were born and raised in France. After they immigrated to America, they would be considered 1st-Gen Immigrants. This would be because they are the first generation to immigrate to America from France.

Since Juliet is the second generation, she would be a 2nd-Gen immigrant. See it now? Right now, this is a trope that is used, for the most part, those cute ‘lil contemps.

I, personally, only know conversational Chinese. I would certainly not be comfortable carrying on a full on conversation, though. Knowing quite a few others in the 2nd-Gen community, here’s what I’ve observed in terms of their parents’ native language.

It is rare for a 2nd-gen to be speak their parents’ native language fluently. Take Juliet, for example. Would she be able to speak French at the rate of no man’s business? It’s unlikely.

We will, however, be perfectly familiar with a few phrases that are often used around the house. For example, take the phrase “Aiya” in Chinese. I’m not even sure to what it translates literally, but it’s normally used in cases of exasperation, irritation, and stuff like that.

I use that phrase all the time. Why? Because I’ve grown up with it frequently. Even though I’m not fluent in Chinese, I still say it as easily as “Oh my goodness” or something like that. It rolls off the tongue as smoothly as the English phrases which I have always known all my life.

I don’t speak Chinese to my parents, though. I speak English to them, and they speak dominantly English with a few Chinese phrases thrown in. However, this varies with each family. But, most families that I know have a similar experience to me. Here’s something that will happen often (I’ll use Juliet again):

Juliet: What is it?

Parent: speaks French, often with a tidbit of English

Juliet: also reverts to French, but more often than not, with a few English substitutes

Even in the examples of the parents which speak dominantly their native language, some English will still be thrown in! Most often, the English will be the following:

a) Phrases that they always speak in English, never their native language. (Mostly things said around the workplace)

b) Conjunctions and adverbs.

c) Words that they simply don’t know their language to anymore.

As I said before, though, each family is different! Some might speak in all their native language – just in the experiences that I and people that I have known like me have had, it is not common.

Something to note is that when parents speak in English when substituting for a Chinese word/phrase, it’s very seamless. There’s no awkward gap where they struggle to remember – it’s perfectly normal for them to just use the English word/phrase.

Dad: mind is somewhat otherwise preoccupied Hi, Jill. How are you? then speaks in French/English, while still addressing Jill

Jill: is confused has decided that Juliet’s dad is no longer speaking to her

Yup. It happens all the time.

But listen! It doesn’t happen vice versa. Again, speaking for myself and for the other 2nd-Gen people that I know, parents will not speak English with a bit of a Chinse thrown in. (Some 2nd-Gen friends and I call this “Chinglish”.

For example, these two conversations would both be inaccurate.

Dad: Can you get me a *French word for screwdriver*?

Dad: Can you get me a French word for screwdriver?

Both those would be wrong.

Sneaking their native language into English does not happen seamlessly. This is actually something that most literature has gotten right – so good job, people. Something like this is more realistic:

Dad: Can you get me a sewdiver?

Juliet: A what now.

Dad: You know…begins speaking in French describing the screwdriver

So, there you have it – writing 2nd-Gen immigrant parents.

Photo by Adrienne Andersen on Pexels.com

This section will be pretty short, as siblings/friends almost never use their parents’ native language around each other. Even in the examples with the more native-language oriented families, for siblings/friends to speak to one another in that tnogue? It’s rare.

We will still use the fun phrases, though. “Aiya”, again, is one. 😉 But however, our conversations will remain very English. 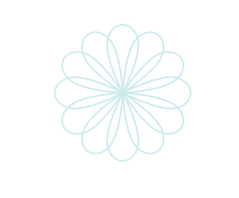 Well, I hope that this post was helpful to you and not too mind-boggling. 😉 If you have any questions, don’t hesitate to let me know down in the comments below. Also, I would like to announce that I am reviving the schedule.

Remember when I said that I was tearing the schedule apart? Well, I now give it my most humble apologies as well as duct tape. Because who would have guessed? It turns out that I do work better with a schedule after all.

I will now be posting every Tuesday and Thursday. As before, though, this might vary throughout the summer. But hey – we’re all human. 😛

What generation are you? Which part of this post did you find the most helpful? Do you want to see a part 2 on culture, relatives etc. etc.?

Fly Away on Your Thoughts Cancel reply

Here on On the Wings of a Dream, you can find posts with a little bit of everything. Lifestyle, writing, quizzes, rants,  and just general weirdness

Follow On the Wings of a Dream on WordPress.com

I would really appreciate it if you could keep all the content on this site and not anywhere else – at least without my permission. :) All content is mine unless otherwise noted and I get most of my pictures from Pixabay. Thank you!

Please keep your comments kind and sincere – be aware that there are younger readers on this blog, so don’t post anything inappropriate or including cuss words. Spam is prohibited – keep that in mind.